LXIV (64 in Roman numerals) by Damian Livesey was a winner in one of the FILMSshort competitions. It is dedicated to Damian's father, Jack, who died in 2009. A beautifully shot montage, it was his final year film from Staffordshire University, England, and pieces together a dazzling array of shots that condense our existence into a 3-minute film
Slow Wave is a 3-minute experimental animation about sleep disturbances and its effect on the mind and body. Creator Andy Kennedy constructs an entirely visceral experience of slumber with his atmospheric sound design and disorienting animation style.  Kennedy’s use of abstract, geometric shapes deconstructs the world he has created in an impressive way, akin to a Cubist Picasso painting. His color use is also poignant in that he uses red to signify disturbance, again like a painter. This red menace seems to have a personality of its own like the shapes and sounds that grow out of the walls and floor. The sound design itself is chock-full of recognizable things, but overlaid into a melodic soundtrack which adds to the uncannily dark atmosphere.

CONTROL is a central theme to this short. It asks the question of whether or not we forfeit complete control while we sleep—a fear many people can relate to. What happens inside our minds when outside forces affect our subconsciousness? Is there also a physical reaction? Kennedy addresses these notions in the second act of his film, which admittedly feels more like a completely separate project.

Kennedy explains his inspiration for this project: “The idea for Slow Wave began while I was living in a very noisy apartment in Brooklyn. The bass from my downstairs neighbors had a very disruptive effect on my life and work. I wanted to visualize how sound can change the experience of being in a space. I also have night terrors on a regular basis, often times based on irregularities in light or sound. I wanted to capture the visceral and abstract nature of both these experiences and weave them together into a single file. 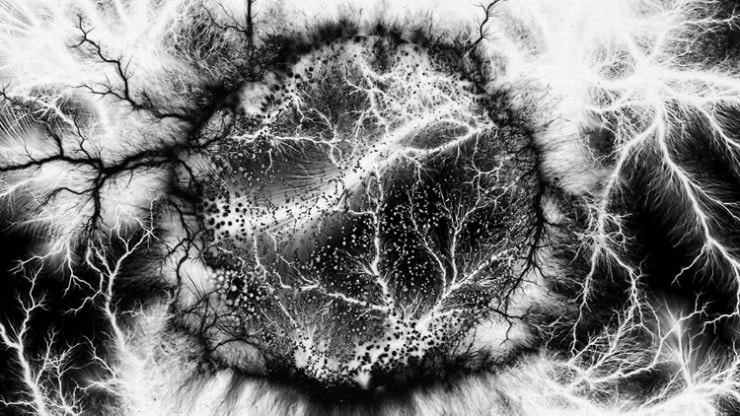 What do experimental films have in common? Well, nothing. They each take a unique, original approach to convey something important to the audience.

So, does this mean that means that you can do anything you want? Nope.

Good experimental films often require even more planning than narrative films. That’s because the best experimental films involve risk. In an experimental film, you don’t have a narrarive or conventional story to fall back on. Instead, you are expressing your creative vision. But is that vision clear and compelling? Does it say something unique or original? It better be.

Check out this history of experimental film.
Review - A (Very Brief) History of Experimental Cinema

You will create a 60 - 90 second experimental film that will involve a scenario (a child does something wrong and has to tell his or her parent about it, choose a storyline from a previous film you made, or present your own idea). You will not tell the story as a narrative film. Instead you could imagine the scenario by: Sometimes the best way to decide how to create your own original approach is by studying the works of others. So here is a list of some of the greatest experimental filmmakers of all time.
You should review some of the best-known, highly regarded contemporary experimental filmmakers.
Review - The 15 Greatest Avant-Garde Filmmakers Of All Time
Review - Films Short
Review - Short of the Week